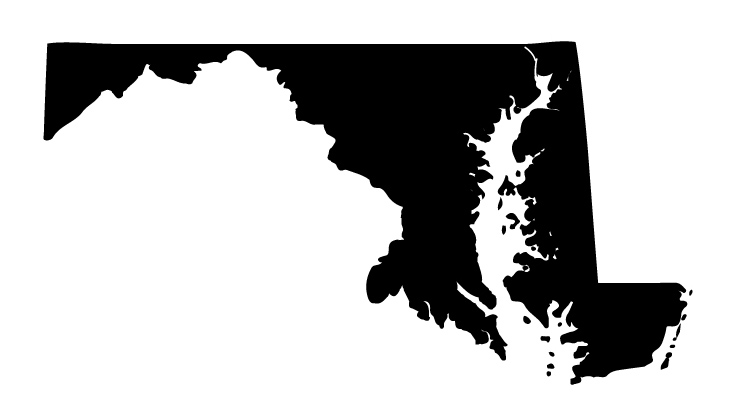 On February 4, 2019, the Financial Consumer Protection Act of 2019 was introduced in the Maryland Senate as bill MD SB 786.  An analog bill for the same proposed legislation has been introduced before the Maryland House as MD HB 1127.  Included in the proposed legislation is a section that would make broker-dealers, broker-dealer agents, and insurance producers fiduciaries.

Specifically, the proposed legislation would amend Maryland’s Corporations and Associations Article to create a fiduciary duty for any individual covered by the statute “to act in the best interests of the customer without regard to the financial or other interest of the person or firm providing the advice.”  The legislation also vests broad powers in the hands of the Commissioner of Financial Regulation by authorizing the Commissioner to “adopt regulations to carry out the fiduciary duty required under this section,” including regulations that (1) define, require, prohibit, or exclude an act, practice, or course of business of a person subject to the statute; and (2) prevent a person from engaging in acts, practices, and courses of business in violation of the statute.

The proposed legislation comes on the heels of a report the Maryland Financial Consumer Protection Commission (the “Commission”) issued in January 2019, recommending changes to Maryland law.  In that report, the Commission recommended that the “ General Assembly pass legislation that provides that broker-dealers, broker-dealer agents, insurance producers, investment advisers, or investment adviser representatives who offer advisory services or hold themselves out as advisors, consultants, or as providing advice, would be held to a fiduciary duty to act in the best interest of the customer without regard to the financial or other interest of the person or firm providing the advice.”  The Commission also suggested that, “[i]n addition to broadening the fiduciary duty standard in Maryland to broker-dealers and insurance agents, the fiduciary duty standard currently imposed on investment advisers in Maryland needs to be strengthened, as it is currently weaker than the national fiduciary duty standard.”

It is difficult to predict if the proposed legislation will succeed.  Just last year, Maryland’s General Assembly declined to pass similar a provision that would have made broker-dealers and insurance producers fiduciaries.  The current proposed legislation, however, comes against a different backdrop.  After declining to pass the legislation proposed in 2018, the General Assembly directed the Commission to study the outcome of federal efforts on fiduciary duty and determine whether Maryland should enact its own fiduciary law.  The Commission has completed that work and determined, among other things, that because “[the] SEC and the state insurance regulators have proposed standards that largely preserve the status quo, individual states may need to provide greater protections that investors expect from financial professionals who provide investment advice.”  Additionally, other states, such as New York, New Jersey, and Nevada are pressing forward with their own approach to implementing a fiduciary duty standard through legislation or regulation.

We continue to view state level activity through the same lens as we have through the past year, which is that most states will likely wait to see the SEC’s final Regulation Best Interest and the National Association of Insurance Commissioner’s revisions to it Suitability in Annuity Transactions Model Regulation before determining whether they should take any action on their own.  But as demonstrated by the regulations adopted by New York’s Department of Financial Services in 2018, and the recent activity in Maryland and New Jersey, states that have historically been aggressive in addressing consumer protection may be less apt to wait for a national standard.

Scottrade removed the action from the Securities Division to federal district court on federal question grounds.  Distilled to its essence, Scottrade’s position was that it could remove the Enforcement Division’s complaint because it raised a question that “arises under and is governed by ERISA.” Specifically, Scottrade argued that ERISA preempted the MA Enforcement Division’s complaint.

In remanding the action, the district court first noted that the case did not require the resolution of any issues under ERISA.  The court held that the claims did not implicate ERISA or the DOL’s fiduciary rule because the only determination that would need to be made is whether Scottrade violated its internal policies and, if so, whether those violations were illegal under Massachusetts law.  The district court went on to further hold that ERISA preemption was not satisfied because the Enforcement Division was not within the class of persons who are eligible to bring claims under ERISA.  Finally, the district court held that an action before the Securities Division was not brought in “state court,” as required to trigger removal under the federal removal statute, because the Securities Division is not a “court.”

While Scottrade’s arguments presented some relatively novel legal issues regarding removal and federal court jurisdiction, the outcome is not terribly surprising.  The Enforcement Division’s claims, although based on policies adopted in response to the DOL’s fiduciary rule, do not require a court to address whether ERISA or the fiduciary rule were violated in resolving the case on the merits.  Rather, as the district court held, the adjudication of the claims only requires a determination as to whether Scottrade’s alleged violations of its internal procedures constitutes a violation of the Massachusetts statutes the Enforcement Division is relying upon.

In terms of next steps, it is likely that the case will proceed before the Securities Division.  Any attempt by Scottrade to appeal the remand order is unlikely to succeed.  An appellate court can review an order for remand only under very limited circumstances, none of which appear to be present here.

As we previously noted, 2018 promises to be an eventful year at the state level for the regulation of the sale of life insurance and annuity products.  Today, New York issued its much anticipated final regulation that imposes a “best interest” standard.  The regulation requires insurers to, among other things, put in place policies and procedures to ensure that agents and brokers put the interests of consumers ahead of their own when making a recommendation regarding a life insurance product or annuity.  The New York rule comes out before the National Association of Insurance Commissioners (NAIC) holds its August 4, 2018 meeting to address revisions to its existing annuity suitability rule, which could impact the laws of numerous states.  Unlike New York’s new regulation, NAIC’s existing suitability regulation and proposed “best interest” regulation to be addressed at the August 4, 2018 meeting apply only to the sale of annuity products.  Stay tuned for our forthcoming analysis of the New York regulation, its implications for the life insurance/annuity industry, and its potential impact on the discussions at the upcoming NAIC meeting. 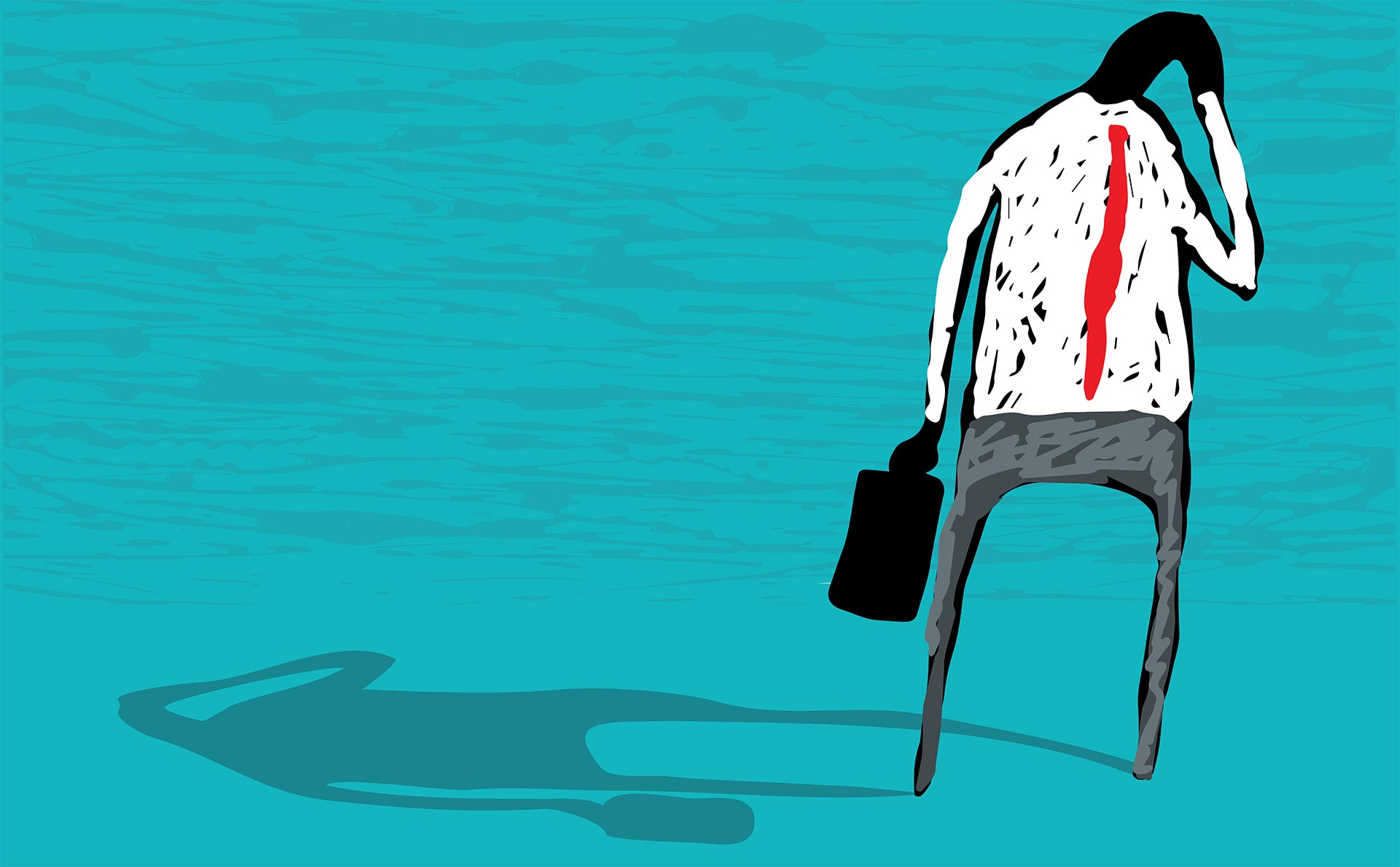 Undeterred by the Fifth Circuit’s rejection of their request to intervene in U.S. Chamber Commerce v. U.S. Dep’t of Labor, the States of California, New York, and Oregon moved for reconsideration in the Fifth Circuit today. The States request that the three-judge panel who heard the appeal reconsider their denial of the States’ petition to intervene or, at a minimum, refer the question of intervention to the entire Fifth Circuit for a rehearing en banc.  The States previously requested a rehearing en banc, which the court rejected as improper because the States are technically not parties to the appeal.  The States’ motion notes that the business groups that filed the action against the DOL will oppose their request and that the Department of Justice, on behalf of the DOL, takes no position on it.

It remains to be seen how the panel addresses the request, but for the reasons discussed in our prior blog post, the States face an uphill battle.  It is unlikely that the panel will reconsider its prior ruling and allow the States to intervene because the States have not presented any new lines of evidence or argument that were unavailable to them when they made their original request to intervene.  While a 2-1 decision on a significant issue always raises the possibility of a rehearing en banc, the relative weakness of the States’ arguments regarding intervention may lead the panel to conclude, even in a 2-1 vote, that the issue is not worth the entire Fifth Circuit’s time.